The Honorable Patricia Fahy, New York State Assemblymember representing the 109th District, joined officials from WNYT-NewsChannel 13, St. Peter’s Health Partners (SPHP), and the Times Union on June 1 at the New York State Museum to recognize “13 Kids Who Care” – children and teens from throughout the Capital Region whose volunteer efforts make the region a better place to live.

The ceremony was the culmination of a very special series on WNYT to honor and reward young persons who go out of their way to volunteer and help their community. Their involvement “touches the lives” of people in the Capital Region and improves the quality of life in its communities.

The 13 honorees were chosen from nearly 60 nominations submitted by Capital Region residents in January and February. Particular emphasis was given to selecting teens whose efforts included helping the disadvantaged, disabled, or at-risk youth. 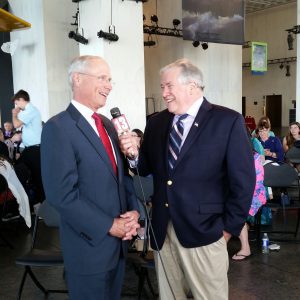 Bob Kovachick from WNYT-NewsChannel 13 interviews Dr. James Reed, president and CEO of SPHP, at the 13 Kids Who Care reception at the NYS Museum.

“Through their caring, drive, and community service, the 13 Kids Who Care are making the Capital Region an even greater place to live and work,” Reed said. “These remarkable students demonstrate they understand the key to a healthy community is compassion – neighbor helping neighbor – and providing assistance and a friendly smile when it is needed most.”

In addition to being honored at the ceremony, each student received a $500 contribution from the sponsoring organizations to be given in the youth’s name directly to the local charitable organization of his/her choice.

The following are the Capital Region young people who were chosen as “13 Kids Who Care”:

To watch footage from the event, as well as Kovachick’s segments on each of this year’s 13 Kids Who Care, please visit: http://wnyt.com/13kids

To view a gallery of photos from the event, visit St. Peter’s Health Partners’ Facebook page by clicking HERE. 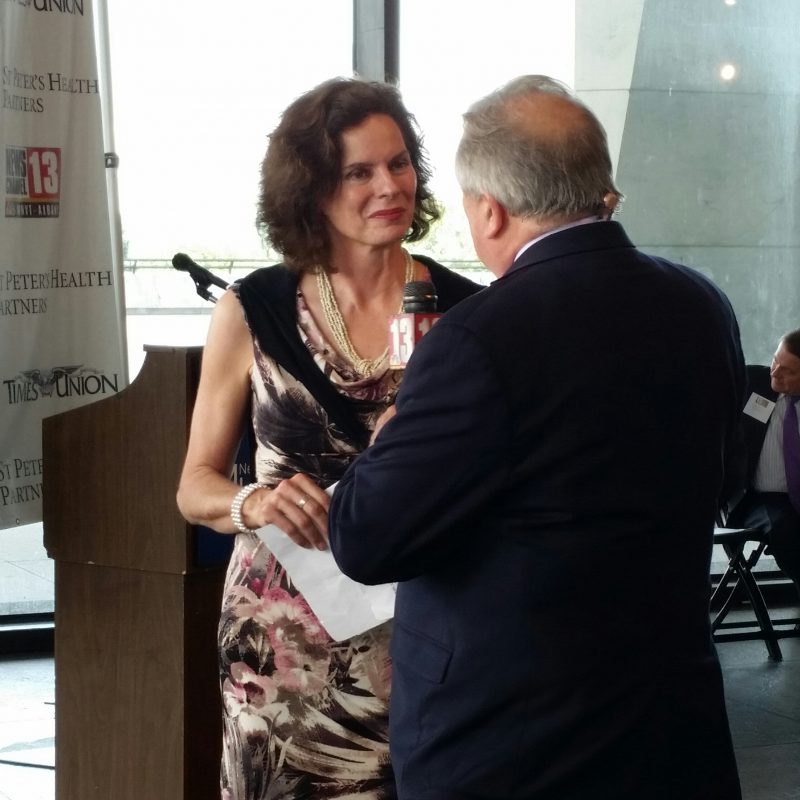 NYS Assemblymember Patricia Fahy, 109th District, talks to Bob Kovachick from WNYT during the 13 Kids Who Care event at the NYS Museum.