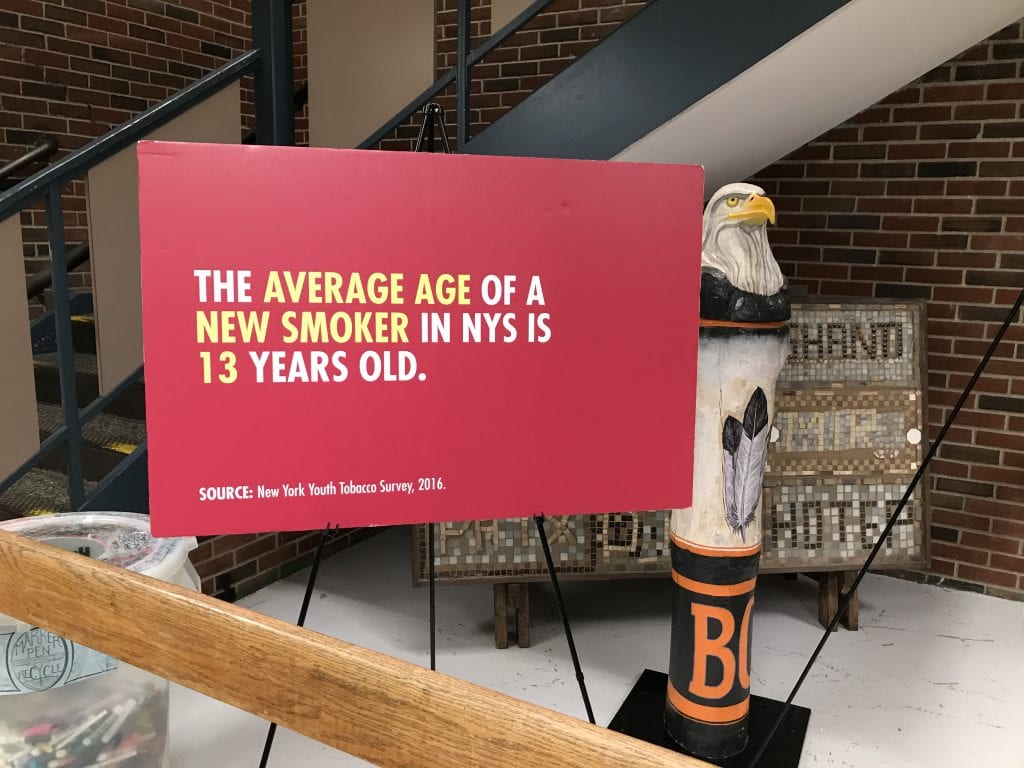 On October 11, Capital District Tobacco-Free Communities held an event at Bethlehem Middle School to educate students about the dangers of vaping. Students participated in several activities aimed at raising awareness about the ways in which the tobacco and vape industries use flavors to hook kids on their products. Students answered trivia questions and signed postcards indicating their support of reducing youth access to all flavored tobacco products.

This event was held in advance of “Seen Enough Tobacco Day” on Sunday, October 13. The day, supported by Tobacco Free New York State and Reality Check of New York, highlights the need for communities to protect children from the billions of dollars of tobacco promotions in places where they and other youth can see and be influenced by them.

In recent months, there has been a surge in illnesses and deaths tied to the use of e-cigarettes. These cases have also prompted the consideration of local, state, and federal legislation aimed at banning the sale of flavored vape products in an effort to keep the products out of the hands of youth. 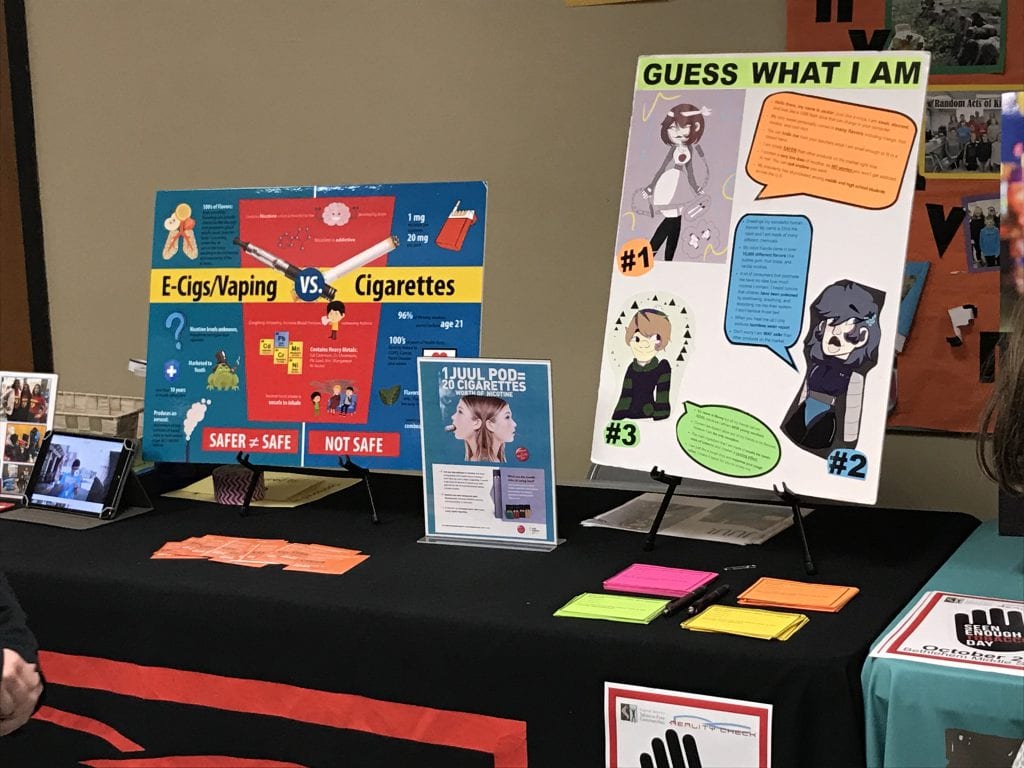