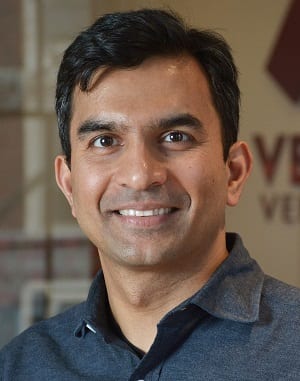 Successful technology executive and venture capitalist Guha Bala has been named to the St. Peter’s Health Partners (SPHP) Board of Directors. His three-year term began January 1, 2019.

“We are delighted to welcome Guha Bala to the St. Peter’s Health Partners Board of Directors,” said SPHP Board Chairman Gary Dake. “Guha has a proven track record of success as a leader, an entrepreneur, and a visionary in his field. His insight and experience will greatly benefit St. Peter’s Health Partners as we continue to innovate new and better ways of providing high-quality, compassionate care to thousands of people every day across the greater Capital Region.”

Bala is president of Velan Ventures Inc., an innovation investment company with a focus on video games and game-related technology companies, and Velan Studios Inc., a game studio that focuses on the discovery of new play patterns.

Previously, Guha co-founded Vicarious Visions with his brother, Karthik, in 1991. Vicarious has since grown to become an industry-leading game developer, helping to shape popular culture around the world. In 2005, the brothers sold Vicarious to Activision-Blizzard, and led the business as senior vice presidents of Activision Publishing for the following 11 years.

Vicarious has grown into one of the most prolific creators of video games in North America, accounting for more than $4 billion in sales and 45 million units of software. Its games have been recognized with numerous awards. After leading Vicarious Visions for 25 years, the brothers transitioned out of the company in 2016 to become entrepreneurs again.

Guha enjoys mentoring start-up ventures and was honored as Rensselaer Polytechnic Institute’s “Entrepreneur of the Year” in 2013.

He holds a bachelor’s degree in chemistry from Harvard College, and a master’s degree in business administration from the MIT Sloan School of Management.