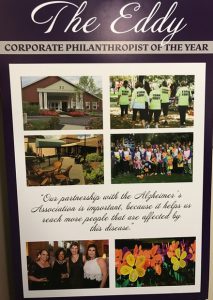 The Capital Region’s leading provider of senior care and services, The Eddy, was honored as a “Corporate Philanthropist of the Year” by the Alzheimer’s Association of Northeastern New York.

The association recognized the Eddy on May 5 at the annual An Evening to End Alzheimer’s Gala, held at the Albany Capital Center.

The award presented to the Eddy included original art from a resident of Eddy Hawthrone Ridge, who is living with Alzheimer’s disease. Additionally, U.S. Representative Paul Tonko presented the Eddy with a Certificate of Special Congressional Recognition. 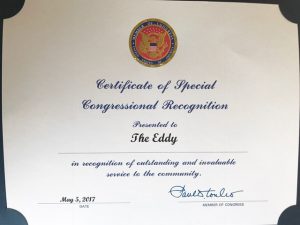