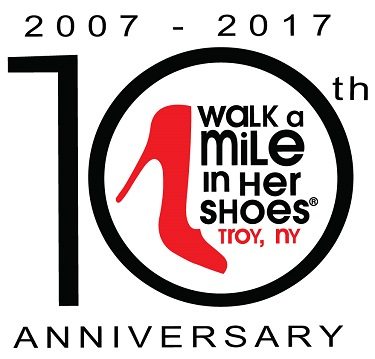 The Sexual Assault and Crime Victims Assistance Program at Samaritan Hospital will host the 10th annual “Walk a Mile in Her Shoes” from 11 a.m. to 1 p.m. on Saturday, April 29, at Riverfront Park in Troy.

Held in observance of April as National Sexual Assault Awareness Month, “Walk a Mile in Her Shoes” is a community walk against rape, sexual assault, and gender violence.

To show their support, community members – particularly men – are challenged to literally walk one mile through downtown Troy in high-heeled shoes. Participants will start at Riverfront Park and walk down River Street, turn onto Congress Street, then turn north on 3rd Street and return to the park.

Dan Bazile, reporter and anchor of Weekend Today at WNYT NewsChannel 13, will serve as the emcee, along with WYJB 95.5 FM personality Chad O’Hara.

“Walk a Mile in Her Shoes” takes its name from the old adage that you can’t understand another person’s experience until you have walked a mile in their shoes. While providing an opportunity to do this in a fun, positive setting, the event also starts difficult yet necessary conversations about gender relations and sexual violence against women and men.

“It is critically important these conversations are taking place in our communities, schools, and families,” said Lindsey Crusan-Muse, director of the Sexual Assault and Crime Victims Assistance Program at Samaritan Hospital. “We will never make progress if the problem is hidden away. ‘Walk a Mile’ is an opportunity to start addressing these difficult topics, to work together toward preventing violence in our communities, and to show support for and stand in solidarity with survivors of sexual violence.”

More than 500 people turn out every year for “Walk a Mile in Her Shoes” in Troy. Proceeds from the event benefit direct services to victims, such as counseling, legal advocacy, and education and outreach efforts.

Registration is $20 per person, which includes a T-shirt, food, and more. A prize will be awarded to the Top Team Fundraiser.

About “Walk a Mile in Her Shoes”

“Walk a Mile in Her Shoes” was created in 2001 by Frank Baird, a marriage and family therapist in California. What started out as a small group of men daring to totter around a park has grown to become a world-wide movement with tens of thousands of men raising millions of dollars for local rape crisis centers, domestic violence shelters and other sexualized violence education, prevention and remediation programs. In 2007, Baird formed the nonprofit organization Venture Humanity to help unite communities and raise money for local rape crisis centers.

The Sexual Assault and Crime Victims Assistance Program at Samaritan Hospital is the only agency in Rensselaer County to provide specialized services, including education, prevention and crisis care 24 hours a day, seven days a week to sexual assault survivors and crime victims, and their families and friends. All services are free and confidential. The program also offers a 24-hour hotline for individuals in need, 518-271-3257. Samaritan Hospital is an affiliate of St. Peter’s Health Partners. 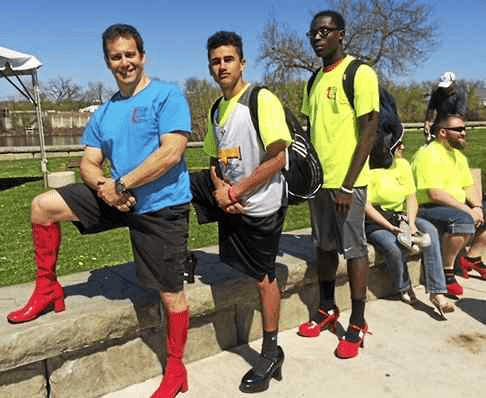 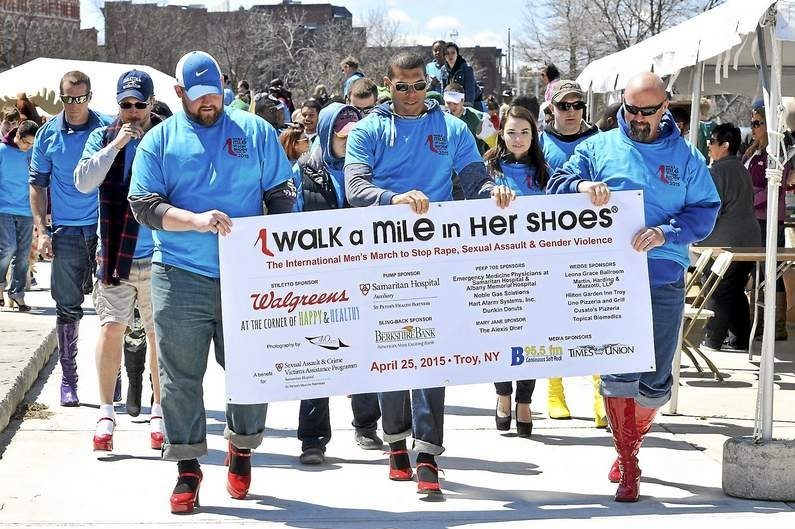