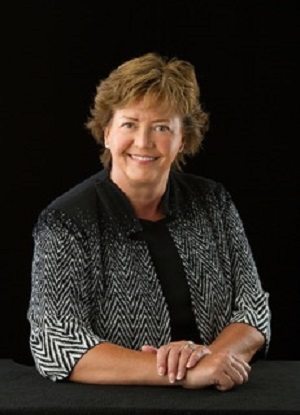 In this role, Williams will provide leadership and strategic direction for SPHPMA, one of the Capital Region’s largest multi-specialty physician groups, with more than 350 physicians and advanced practitioners and more than 80 practice locations. SPHPMA is an affiliate of St. Peter’s Health Partners.

Williams started in this new role on Monday, June 6.

“Pam is an accomplished leader with more than 25 years of experience in physician services and physician practice management,” said James K. Reed, M.D., president and chief executive officer of St. Peter’s Health Partners. “Pam’s insight, experience, and leadership will be critical for our continued success in growing SPHPMA and navigating innovative new approaches to health care. We are pleased to welcome her to our organization and the Capital Region.”

Williams’ appointment was announced to St. Peter’s Health Partners colleagues in May. She succeeds Donald Martin, who resigned from the role in December 2015 to join the leadership of a health system in Kentucky.

Prior to Kettering Health Network, Williams served from 2003 to 2015 as chief executive officer of Adventist Health Partners and Adventist Midwest Management Services, which are part of the Adventist Health System in the Chicago market. In this role, she led the health system-owned management services organization and multispecialty physician group, which consisted of more than 300 physicians and mid-level providers at 70 locations and served four hospitals in suburban Chicago.

Additionally, from 2004 to 2013, Williams also was responsible for the development and management of Adventist Health Network, the clinical integration network which included Adventist Health System’s four hospitals and more than 800 physicians in the Chicago market.

Before her time as chief executive officer, Williams served as vice president of operations at Adventist Health Partners and Adventist Midwest Management Services for nearly a decade.

Williams received her bachelor’s degree in occupational therapy from Eastern Michigan University, and in 2004 received designation as a Certified Medical Practice Executive with the Medical Group Management Association.

Headquartered in Albany, SPHPMA represents more than 30 specialties and has offices in the counties of Albany, Montgomery, Rensselaer, Saratoga, Schenectady, Warren, Columbia, Dutchess, and Ulster. To learn more about SPHPMA, please visit: http://www.sphpma.com/