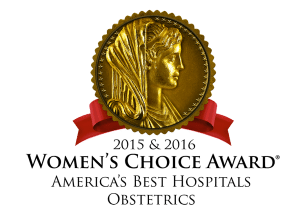 Based on thousands of surveys of women, in addition to other research, the Women’s Choice Awards are unique in that they identify the country’s best health care institutions based on robust criteria that consider female patient satisfaction, clinical excellence, and what women say they want from a hospital.

St. Peter’s Hospital is among the approximately 400 recipients of the America’s Best Hospitals for Obstetrics award. Hospitals on the list are noted for offering exceptional obstetric services that ranked above the national average for patient safety, thereby supporting a woman’s decision when choosing the best for her maternity needs. For the America’s Best Hospitals for Heart Care award, St. Peter’s was among the 352 winning hospitals that performed well in clinical heart care measures and also had a high recommendation rate. 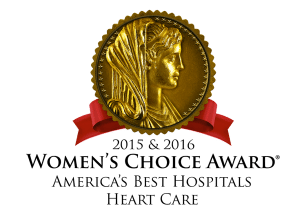 “We are pleased to be recognized with a 2016 Women’s Choice Award and to be designated for the second consecutive year as among the top hospitals in the nation for obstetrics and heart care,” said Ann Errichetti, M.D., MBA, chief executive officer of St. Peter’s Hospital. “The compassion of our providers, sophistication of our treatment options, and breadth of our system’s integrated continuum of services truly make St. Peter’s a special place. Thank you and congratulations to everyone whose efforts resulted in this distinction from Women’s Choice Award.”

The 2016 America’s Best Hospitals for Heart Care list is determined by first identifying hospitals across the nation that offer a minimum number of cardiac and/or vascular services. Only hospitals that perform well clinically with regard to heart care measures reported to Medicare, and also have a high recommendation score on data reported by the U.S. Department of Health and Human Services in Hospital Consumer Assessment of Healthcare Providers and Systems (HCAHPS) surveys, are selected. Data provided is totally objective and uniform. No subjective considerations are used to determine the award recipients. 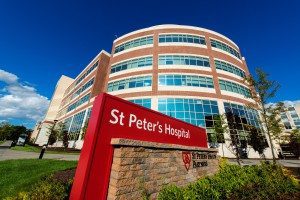 The America’s Best Hospitals for Obstetrics scoring process is unique in that it is the only national list that is evidence-based and focuses on female patient satisfaction. Awarded hospitals ranked above the national average for patient recommendations, as indicated by HCAHPS surveys. Additional requirements included having a neonatal intensive care unit (NICU) on-site, low rates (between 0 and 1 percent) of early elective deliveries, as well as ranking above the national average for patient safety.

“New moms have many choices when it comes to having their baby, so choosing the best birthing experience is right up there with choosing the best doctor. We’ve made it easy for moms to vet out the hospitals proven to deliver an outstanding experience,” says Delia Passi, CEO and Founder of the Women’s Choice Award. “And considering heart disease is the number one killer of women across the country, helping her find the best in cardiac care is how we empower women and hospitals to live better lives.”

St. Peter’s Hospital, an affiliate of St. Peter’s Health Partners, is the largest Catholic acute care community hospital in northeastern New York state. The hospital, founded in 1869 by the Religious Sisters of Mercy, is a voluntary, not-for-profit community tertiary hospital with 442 beds, more than 900 staff physicians, and nearly 6,000 employees.