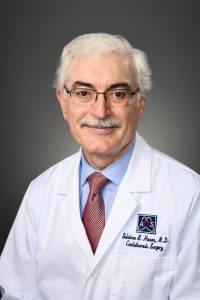 Certified by the American and Canadian Boards of Surgery and the American Board of Thoracic Surgery, Dr. Hasan practices cardiac, vascular, and thoracic surgery.

Throughout his 29 years as a practicing cardiovascular and thoracic surgeon, Dr. Hasan has performed more than 6,000 major surgeries and has created quality heart and lung cancer programs in both the United States, and in his native country of Pakistan. For the last 17 years, he has been mostly in private practice in the United States. 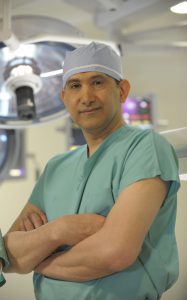 Prior to joining Albany Cardiothoracic Surgeons, Dr. Hasan practiced as a cardiothoracic surgeon at the Aga Khan University Hospital in Pakistan, and also in Charleston and Parkersburg, West Virginia. During his tenure at the Aga Khan University Hospital, Dr. Hasan served as chief of heart, lung, and vascular services and head of cardiothoracic surgery. He is credited with initiating and establishing numerous programs, including the hospital’s open-heart surgery program and minimally invasive open-heart surgery.

Dr. Hasan is a graduate of Dow Medical College in Pakistan. He completed his general surgery residency at the Bronx Lebanon Hospital Center/Albert Einstein College of Medicine in New York, and his cardiovascular-thoracic residency/fellowship at the Cleveland Clinic in Ohio.

St. Peter’s Hospital, an affiliate of St. Peter’s Health Partners, has consistently been recognized by independent health care quality researchers as having one of the best cardiac programs in New York state and in the nation. The hospital has been ranked among the top 10 percent of America’s heart surgery hospitals by The Society of Thoracic Surgeons for five years in a row. Most recently, the hospital was named a Best Regional Hospital, ranking first in the Capital Region and best in northeastern New York state by U.S. News & World Report.