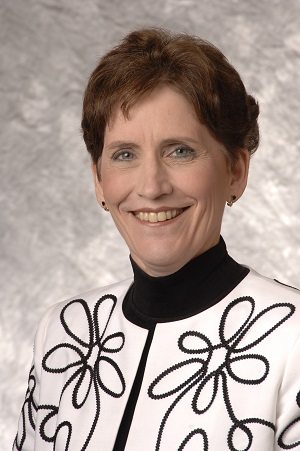 “In her exemplary 46-year career at St. Peter’s Hospital, Virginia has demonstrated the knowledge, leadership skills, and vision to inspire our staff to do their very best for the people we serve,” said James K. Reed, M.D., president and chief executive officer of SPHP. “Virginia has experienced the full breadth and depth of our organization, and her rich understanding of St. Peter’s and the health care industry positions her to step into this important role seamlessly and well equipped for great success.”

Golden had previously been named to the position on an interim basis, but will now become the permanent CEO of the two institutions. The St. Peter’s Health Partners Board of Directors unanimously approved this appointment at their March 31 meeting.

“After thoughtful consideration and very positive feedback from the Board of Directors, our executive leadership team, and the leadership of our medical staff, we have decided to forego a national search to fill this position,” Reed said. “We already have an exceptional internal candidate for this role in Virginia. She knows our institution well and is dedicated to our people, our history, and our culture.”

Golden succeeds Ann Errichetti, MBA, M.D., who joined SPHP in 2012 and is stepping down to assume the role of chief operations and academic officer at Presence Health, a major system in Chicago and the largest Catholic health system based in Illinois.

As CEO of St. Peter’s Hospital and Albany Memorial Hospital, Golden will have full responsibility for leading each hospital’s strategy, growth, and operations in achieving clinical, financial, and quality of care objectives. As the vice president for Acute Care Albany, she will oversee the senior executives responsible for day-to-day operations of each facility, coordinating with other SPHP facilities to achieve an integrated, efficient health care system for the Capital Region.

Golden has served at SPHP and its legacy organizations for 46 years. She began her career with St. Peter’s Hospital as a part-time typist while a high school student in 1970. Through the years she has been promoted to positions of increasing responsibility and was first named a vice president of St. Peter’s Hospital in 1987. She has held a variety of executive positions involving patient care, clinical service lines, safety and quality improvement, oversight, and strategic planning.

Golden was named chief integration officer for SPHP in 2014. In that role, she led strategic planning and service line development, and was responsible for leading the integration of SPHP services and programs internally, as well as coordinating with partner organizations, and managing collaboration across the SPHP care continuum. She also led efforts to integrate SPHP services to standardize operations and ensure system-wide movement towards a common brand and experience.