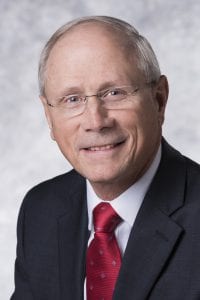 James K. Reed, M.D., president and CEO of St. Peter’s Health Partners, was interviewed by the Saratogian regarding the Medicare Wage Index.

The formula, which calculates reimbursement for dollars spent on hospital services, would be adjusted as part of the HEROES Act.  If passed, the revision could bring $100 million of federal funding into Capital Region hospitals every year.

Congressman Paul Tonko helped pass the legislation in the U.S. House of Representatives. The bill is currently before the U.S. Senate.

“Congressman Tonko deserves so much praise for getting the ball this far down the field,” he said. “I’ve been asked multiple times what’s the most important thing that could happen for the hospitals in this region, and I’ve answered ‘a better wage index’ every time.”

The article appears in the Saratogian and in its affiliated publication, the Troy Record.