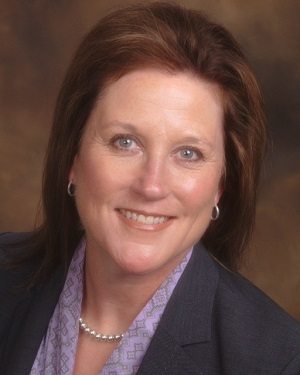 The Eddy is a nationally recognized leader in compassionate, high-quality senior services. The network reaches 22 counties of northeastern New York and serves more than 47,500 people yearly. Eddy services help maximize independence, quality of life and dignity of individuals; prevent the premature institutionalization of chronically ill, frail or disabled seniors; and help individuals of all ages manage their conditions, enabling them to live as comfortably and independently as their conditions allow.

“The Eddy has been a national leader and innovator in senior care, and I look forward to Kim’s guidance in steering The Eddy into a new world dominated by population health and new approaches to care,” said James K. Reed, MD, president and chief executive officer of St. Peter’s Health Partners. “Kim is an accomplished leader with more than 18 years of management experience in health care and continuing care, and she has already been involved in many of the new person-centered care models impacting health care today.

“We are confident that with Kim’s proven skills and expertise, she will be able to lead The Eddy through the challenges facing us in a rapidly changing environment of care,” added Dr. Reed, “while maintaining the high quality and compassionate care standards that have long been hallmarks of The Eddy network and SPHP system.”

“I am deeply honored to lead The Eddy and continuing care for SPHP. I look forward to collaborating with SPHP teammates as we create a more seamless experience for our patients,” said Kim Baker. “Through enhanced care transitions, we can differentiate ourselves in the minds of payers, ACOs (accountable care organizations) and hospital systems.”

Baker has more than 18 years of management experience in continuing care. She formerly served as divisional vice president for Kindred Healthcare, Inc., since 2008. Based in Boise, Idaho, she was responsible for the Pacific Northwest Region, Nursing Center Division. Kindred Healthcare, Inc., a top-85 private employer in the United States, is a Fortune 500 health care services company. Prior to that, she held a number of leadership roles in continuing care based in Massachusetts, including acute rehabilitation, long-term care, independent living, and assisted living.

Baker succeeds Jo-Ann Costantino, current CEO of The Eddy and vice president of continuing care for SPHP, who is retiring after 19 years in that role. Costantino joined The Eddy in 1996 following a 20-year career in state government, health insurance, and health and senior services.

Under Costantino’s leadership, The Eddy became synonymous with the finest in senior care, and earned a reputation for innovative programs and services to those in need, including the launch of Eddy Village Green, the state’s first Green House® model nursing home; and The Eddy Haven for the Abused Elder, one of only a handful of elder abuse intervention programs in the country.