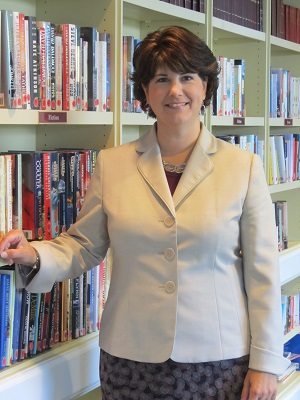 The Glen at Hiland Meadows, a retirement community in Queensbury, has appointed Andrea Hebert as executive director. The Glen at Hiland Meadows is a joint venture of The Conkling Center – a not-for-profit foundation in Glens Falls (formerly The Glens Falls Home), and The Eddy – a member of St. Peter’s Health Partners (SPHP), the region’s largest, most comprehensive health system.

Hebert formerly served as executive director of Glen Eddy, The Eddy’s retirement community in Niskayuna, since January. Hebert first joined The Eddy senior care network in 1991, and has served in several leadership capacities, including as finance director of the housing division for many years, managing the financial operations of The Eddy’s five retirement communities.

In addition to The Glen at Hiland Meadows, The Eddy operates four other senior living communities as part of the continuing care division of SPHP. They are: Beverwyck in Slingerlands, Glen Eddy in Niskayuna, Hawthorne Ridge in East Greenbush, and Beechwood in Troy.

A resident of Queensbury, Hebert received her bachelor’s degree in accounting from Russell Sage College.