Emily Butler, RN, a registered nurse at Samaritan Hospital, was interviewed by Spectrum News for its special marking the two year anniversary of COVID-19.

Butler began her nursing career at Samaritan in January of 2020. One month after orientation, she was on the frontlines of a global pandemic.

Butler talks to Spectrum’s Dan Bazile about what it was like during the initial surge of cases and what it is like now, two years later. 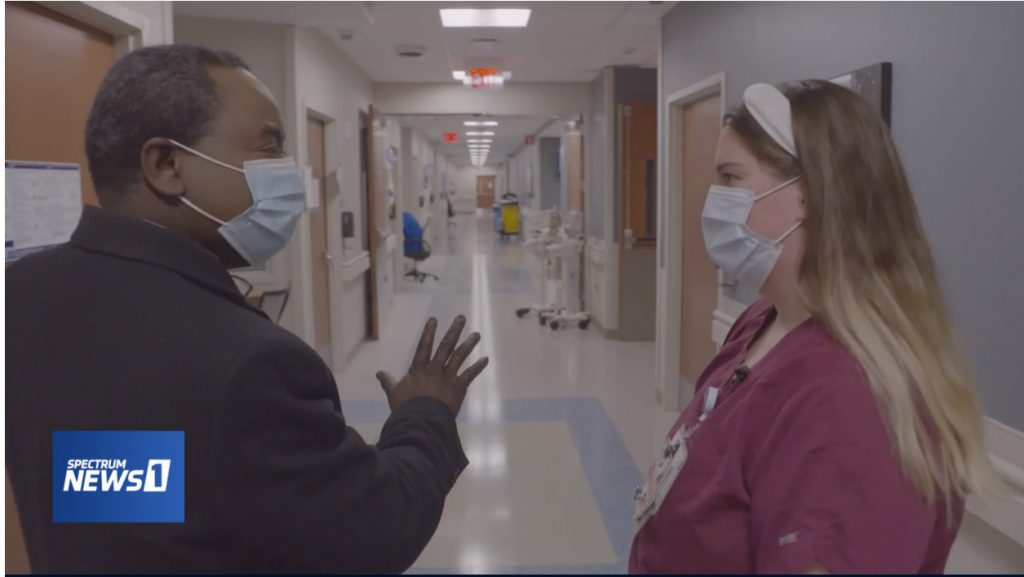