According to the American Cancer Society, esophageal cancer makes up approximately 1 percent of all cancers diagnosed in the United States annually. As with most cancers, early detection of esophageal cancer is critical and the stage at which diagnosis occurs significantly impacts a patient’s chance of survival.

Unfortunately, screening for esophageal cancer is not as prevalent as it is with other cancers, and early stages of progression do not typically present with worsening symptoms. Therefore, most esophageal cancer is not discovered until it has progressed to later stages, which is demonstrated by an overall 5-year survival rate of approximately 20 percent.

Understanding what causes esophageal cancer, and identifying signs and symptoms that may put you at risk, is a crucial part of prevention. 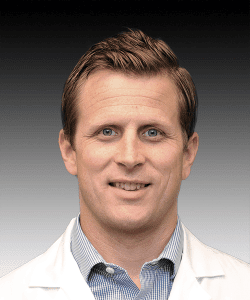 Many people think of heartburn as a “normal” or harmless occurrence. In some cases, this may be true, but chronic or severe acid reflux, also known as GERD, can cause changes to the lining of the esophagus, called Barrett’s esophagus. Patients with Barrett’s esophagus have a higher risk for developing esophageal adenocarcinoma.

Upper endoscopy is an examination, completed under moderate sedation, using a thin and flexible tube with a tiny video camera and light at its tip. The procedure is typically quick, with a very low risk of complication. During the procedure, the doctor will examine your esophagus for conditions associated with GERD such as esophagitis or stricture, and may perform biopsies to test for Barrett’s esophagus.

In the event Barrett’s esophagus is detected, your doctor will talk to you about performing regular surveillance procedures to monitor this area closely. If Barrett’s esophagus with dysplasia, or precancerous cells, is identified, your doctor would then recommend endoscopic strategies to destroy, or remove, the Barrett’s tissue and prevent progression to esophageal cancer. Some superficial esophageal cancers can be removed endoscopically, while most will require surgical resection and possible chemotherapy.

It’s important to note, not all patients suffering with GERD will develop Barrett’s Esophagus or esophageal cancer, but it is often the first sign that you may be at risk. So please, talk to your doctor and act early!

Evidence shows that clinical outcomes are improved in centers that perform higher numbers of endoscopic procedures and cancer surgery. St. Peter’s Hospital Advanced Endoscopy & Hepatobiliary Center is at the forefront of interventional endoscopic procedures. We offer access to cutting-edge technology and expertise to maximize diagnostic and therapeutic treatment options.

For more information, please visit us at albanygi.com and https://www.sphp.com/find-a-service-or-specialty/gastroenterology/advanced-endoscopy-center, or please call 518-533-5000.